The One Who Knocks 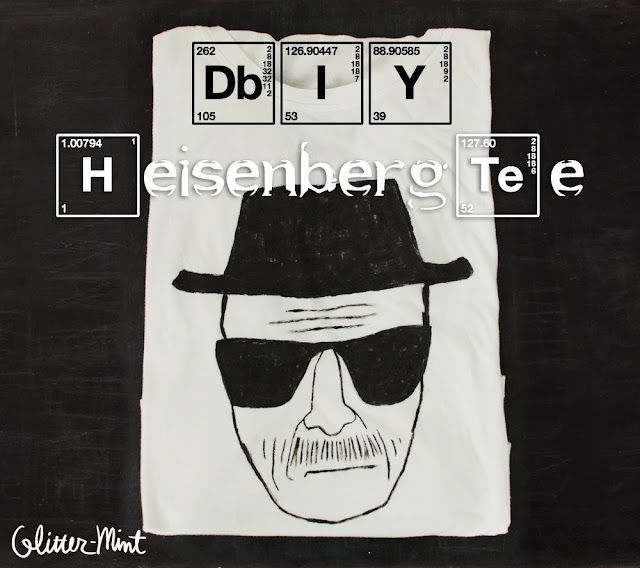 "Say my name."
I admit to being a little late to Breaking Bad ...as in I started the series two weeks before the finale. I powered through all five seasons since then. I can't remember the last time I was so invested in a television series. How I managed to physically see the TV through all my tears is a mystery. Anyway, since I have the compulsion to turn all my loves into crafts, I wanted to do a Breaking Bad DIY. Ideally I would have liked to craft something that would allow me to protect Jesse from anyone/anything that would potentially do him harm, but since that is impossible (believe me I've tried) I made this Heisenberg sketch shirt instead. 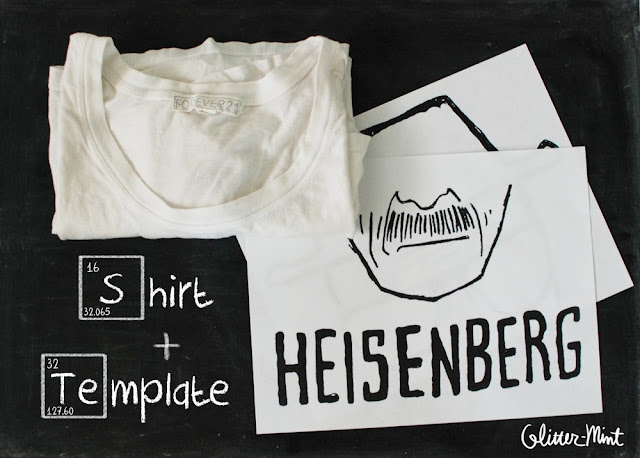 You'll need a white shirt and the Heisenberg template. Download here and here.

1. Print out the template and tape it together. 2. Iron out a white shirt and put something (cardboard, newspaper, etc) inside to prevent bleeding paint. 3. Place and center the template inside the shirt. 4. Using black acrylic paint and fabric painting medium, trace the template.Let dry 24-48 hours. 5. Heat set the image with an iron or in the dryer.

The hat and sunglasses aren't filled in on the template because I didn't want to waste printer ink. Also, if you're uncomfortable going straight for the paint, trace with a pencil first.

Just in case you were wondering, fabric painting medium holds up really well in the wash. I have another shirt that I painted and have washed many times without any fading or bleeding. 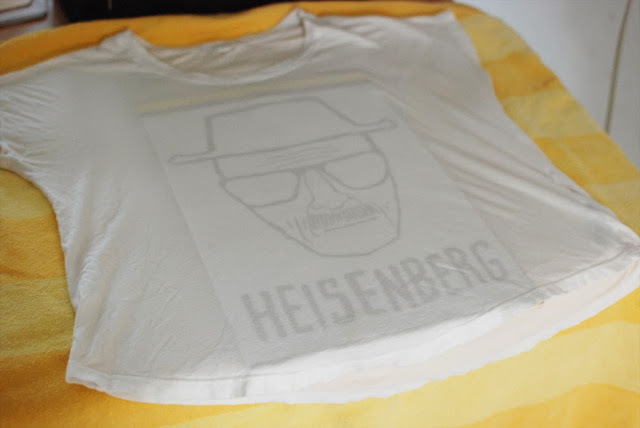 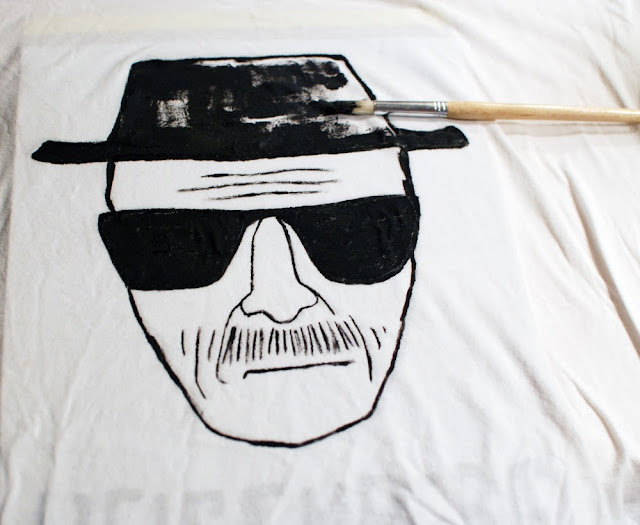 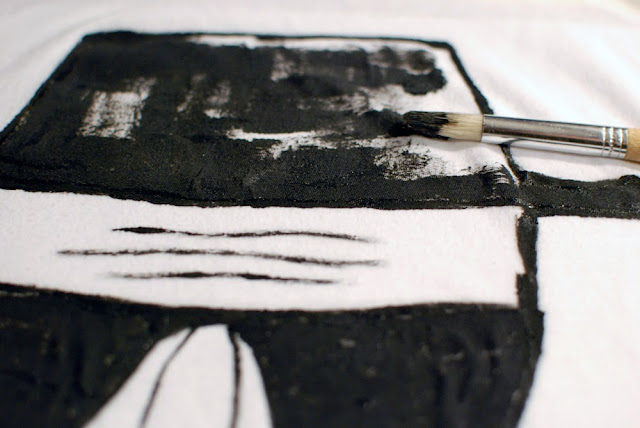 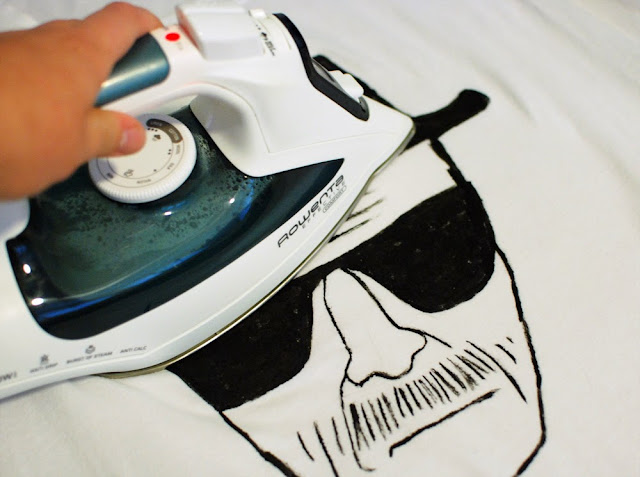 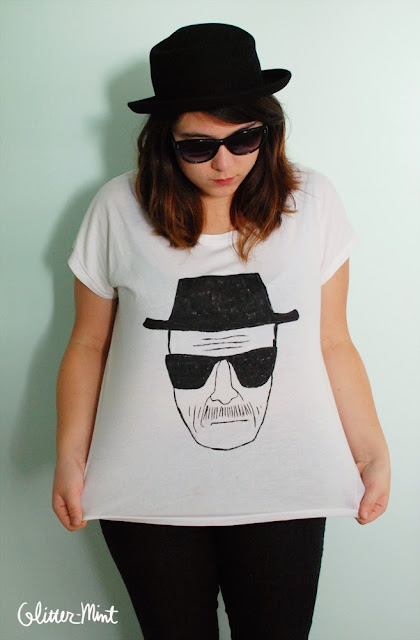