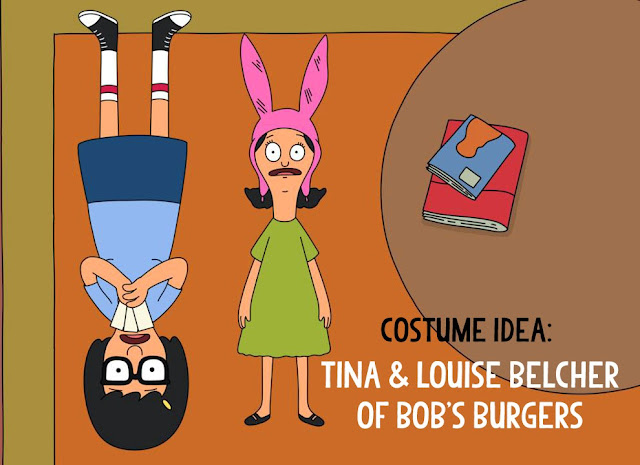 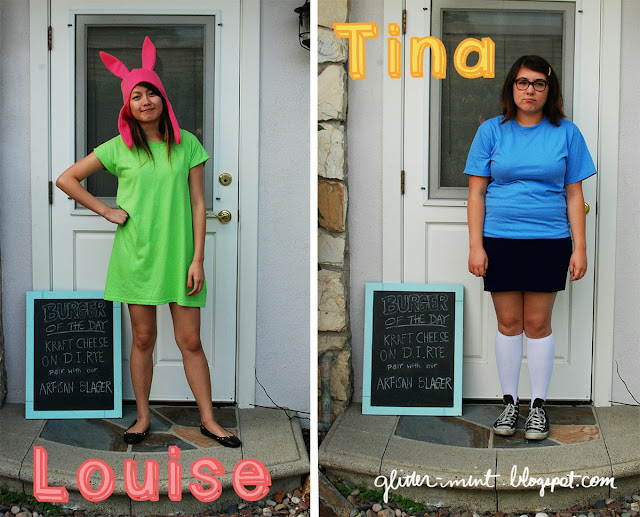 Halloween is coming up and we decided to whip up another fun animated show inspired costume! This time, it's all about the Belcher sisters, Tina and Louise! If you have never seen an episode of Bob's Burgers you are missing out on some good stuff. It's a show about a family that owns a burger restaurant. Every character on this show has their own thing... The oldest sister Tina is going through her awkward preteen years dealing with confused emotions about butts and zombies and Louise is kind of an evil mastermind with a dose of sarcasm. They also have a brother named Gene who is weird but lovable and uses the keyboard to write his rhymes and record weird sounds. Don't get me started on the parents... just watch the show, its fun and everyone who works on it is really talented and I love it. Now check out how we put these looks together. 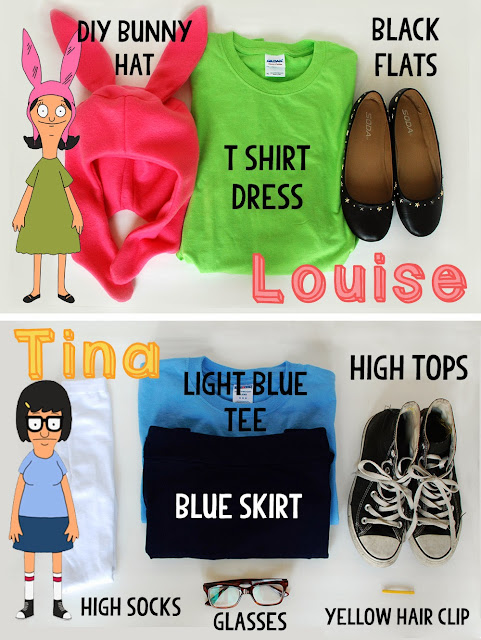 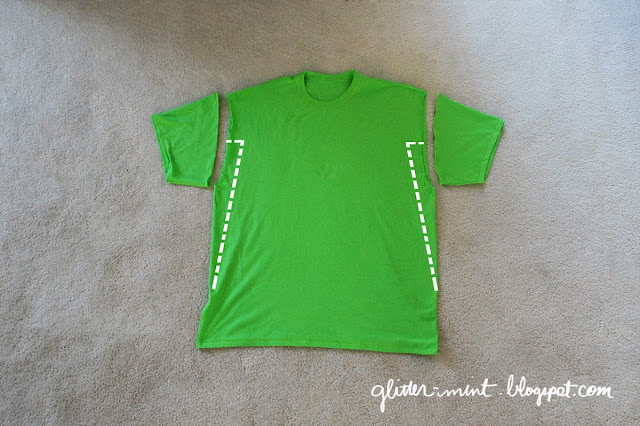 We took an over-sized t-shirt and made a more fitted dress out of it by pinning and sewing on the marked lines with my measurements. 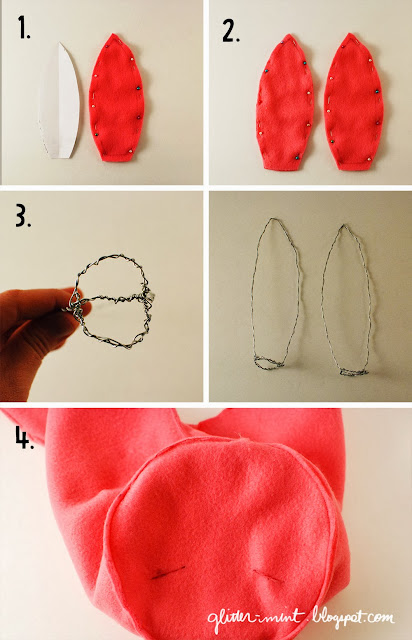 To make the hat we used the same pattern as the Fionna hat from this Finn's Hat Tutorial by re-sizing and changing the ears out with bunny shaped ones. Here's what you will need:
1. Print the ear template and cut ears from the pink fleece. 2. Pair up the fleece, pin together, and sew. Flip right side out. 3. Bend wire into the ear shape (double up the wire for extra sturdiness). Attach a wire circle as a base by wrapping it to the ears. 4. Mark where you want your ears and stitch them the same way as the Finn hat. We placed the ears a little closer to the front and angled. 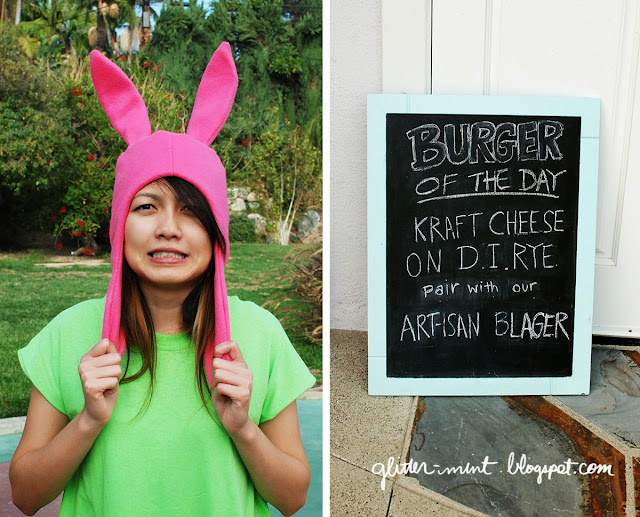 We even made a menu for craft themed foods like on the show.