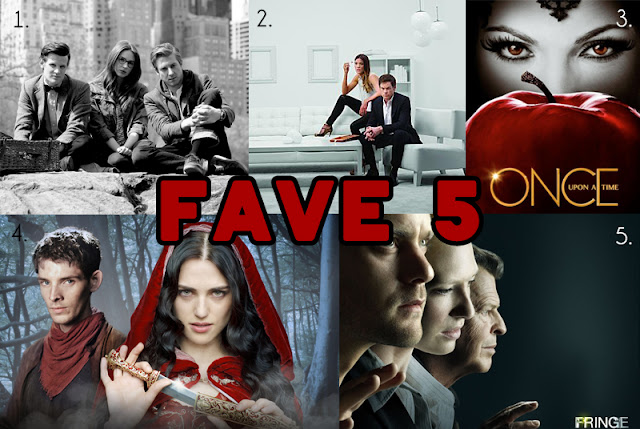 Why so serious? There are so many good TV shows that are on during the fall season! I am already having a hard time catching up to some of them. Here are some seriously amazing television dramas that are on right now.


1. Doctor Who - I can't believe that the fall season is already over, it was short and sweet with a touch of sadness because we say goodbye to the Ponds! Ahh! It's been a week and I think that I'm almost recovered from that finale mentally and emotionally. Any episode with the angels are traumatizing. Now we have that Christmas episode to look forward to in a couple of months. Hey, is it December yet?

2. Dexter - This season just got real, if you know what I mean. The first episode of the season has already given me anxiety!  I don't want to give too much away but Dexter's dark secret is not so much of a secret anymore. I need to find out what happens next! The writers for this show are amazing.

3.Once Upon A Time - Since the last season I was curious as to how they were going to change it up for the new season and I must say that I am pretty excited to meet the new characters that are being added to the story.

4. Merlin - Time to get medieval on you all! This show is as cheesy as the promotional photos for it, but I can't help but watch season after season. I love dragons, magic, and flowing robes. Check it! Merlin premiers in the UK tomorrow night on BBCone but us kids in the states have to wait until January. Oops. This gives you all time to catch up!

5. Fringe -  This is Fringe's final season. Things on the show are getting weirder and weirder but I suppose that's the point of "fringe science". It's nice that they get a season to finish up the story and to tie up loose ends.