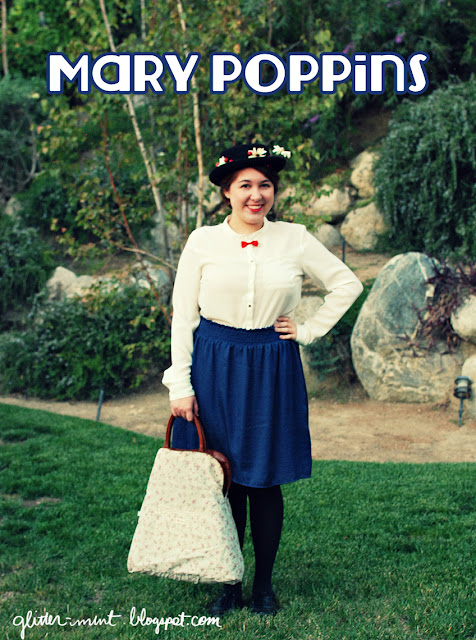 Today is another classic costume from a classic movie: Mary Poppins! There is a Whovian theory out there (that I subscribe to) saying that Mary Poppins is a Time Lady (lady Time Lord). A bag that's bigger on the inside, appearing out of nowhere, helping humans, funny hat, bow-tie, etc. I say it's canon! This costume was made completely out of things I had in my closet, with the exception of the hat accessories. I don't have fake cherries lying around. Check out the Super-Nanny-Time-Lady costume below! 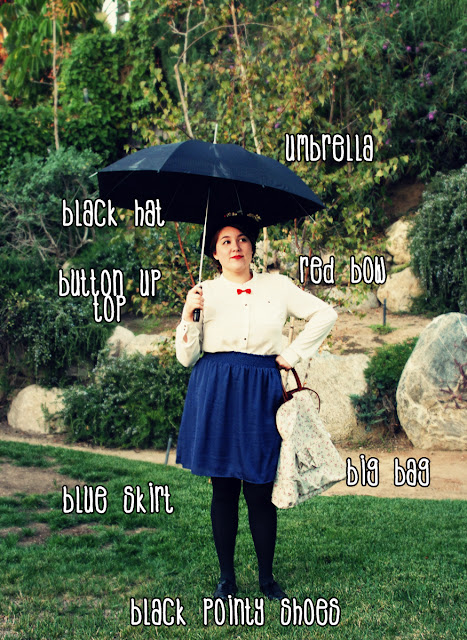 Mary Poppins's outfit is two basics that can be found in most closets: a black or blue skirt and a white button up. Then just throw on black tights (or knee highs or what-have-you) and black shoes. If it's chilly, just throw on a black coat and red or pink scarf. Since it's been around 75 F here in Southern California I opted for the no-coat look. 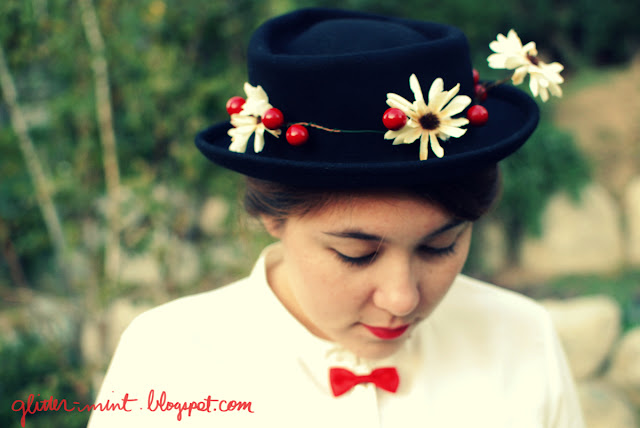 Just like with yesterday's Dorothy costume, it's all in the details. The details that tie this outfit together are the bow-tie and hat. My "bow-tie" is actually just a hair clip that I snapped on my shirt. As for the hat, I went to Michaels and got the fake flowers half-off and the fake cherries in the (already extensive) Christmas section. I took a bowler hat that I never wear and smushed the top on my head. All in all, this outfit totaled $2. 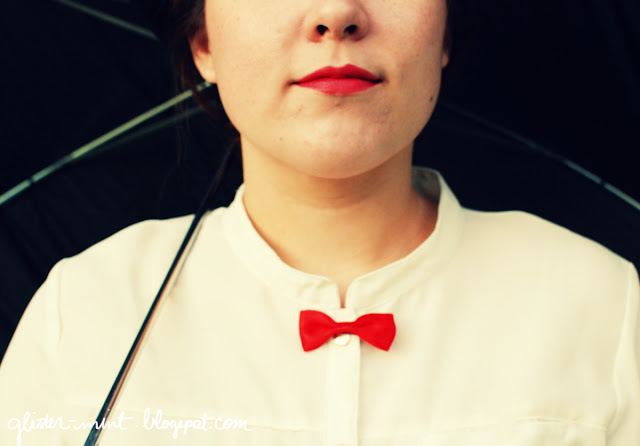 Then just grab your black umbrella, giant bag and you're good to go dance with penguins in striped suits on a carousel! I'll be honest, it's been awhile since I've seen Mary Poppins but I'm 99% sure that's what happens. If you want some more inspiration, check out Keiko Lynn's last minute Mary Poppins that she did a few years ago.