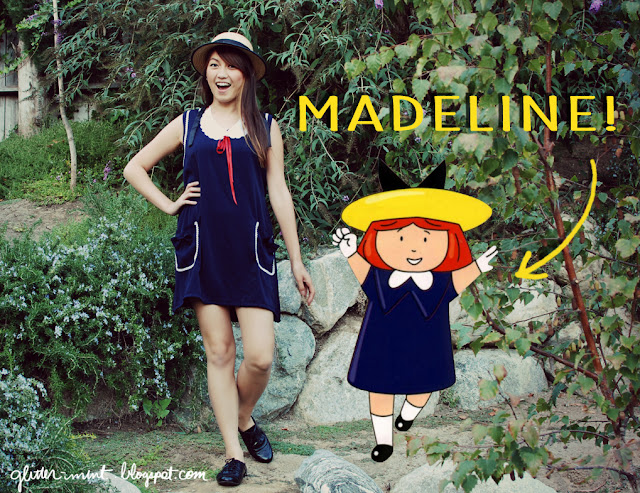 "In an old house in Paris that was covered in vines, lived twelve little girls in two straight lines..."

Bonjour ma chérie! Today's costume is brought to you by the brave little French girl, Madeline. 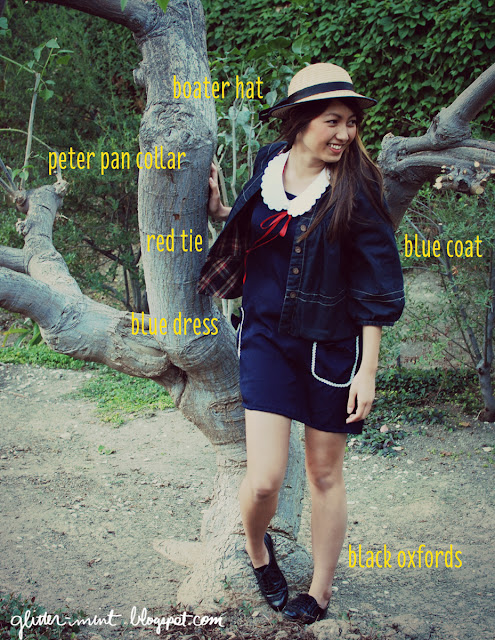 Madeline is so precious and holds a soft spot in our childhood memories. From what I can recall, Madeline taught me about how curiosity can lead to some interesting discoveries. Also... that daily routine, where would I be without it?! (bad joke.) Anyways, playing dress up is so much fun! I had a blast pretending to be Madeline, can you tell? This costume would be adorable on a little girl, but we decided that 20 somethings could look cute in it as well! The outfit is composed of some thrifted items (dress and hat) that were altered to fit and look like Madeline's. The peter pan collar is from this easy tutorial by Honestly WTF. I hope you enjoyed this costume idea as much as we did, now I want to explore Paris! Oui oui!