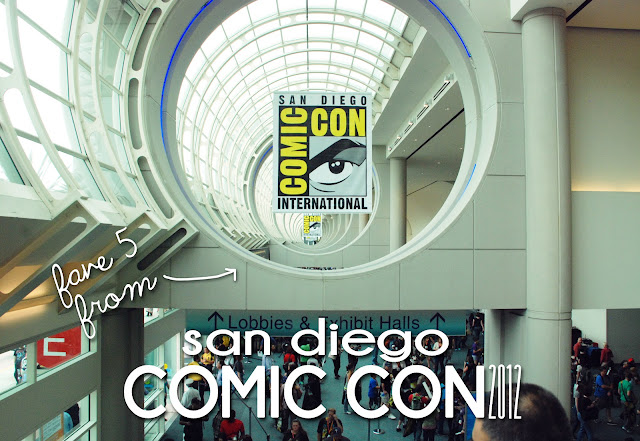 Hello! We spent our weekend at Comic-Con International for 4 days of waking up early, waiting in lines, grabbing freebies, checking out celebrities and costumed folk. The energy and excitement of Comic Con is really crazy! We had a blast and have officially been hooked on going to this convention in the future! This week's Fave 5 is going to be a countdown to our top highlights of the weekend. Here we go!

5.  We made these Serenity necklaces for the 10th anniversary Firefly panel. They're made from shrink plastic and we loved them so much, we wound up wearing them everyday! 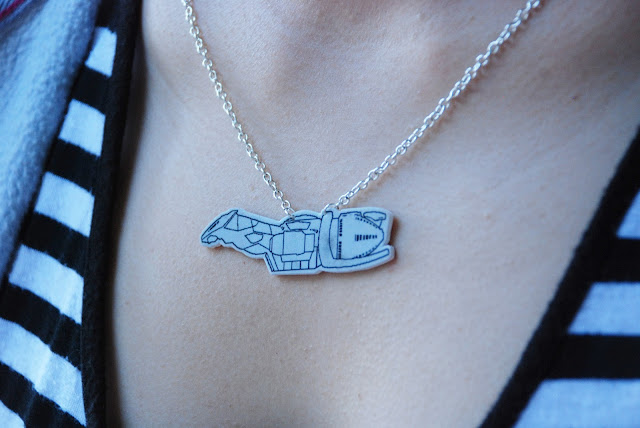 4. All the costumes! People put so much effort into their costumes and cosplay. I was impressed. 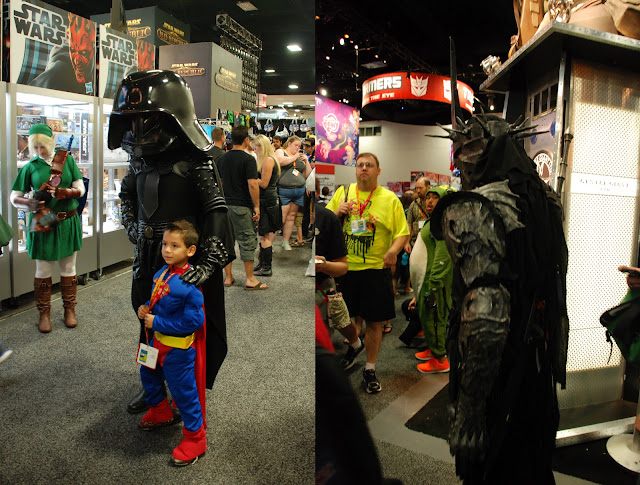 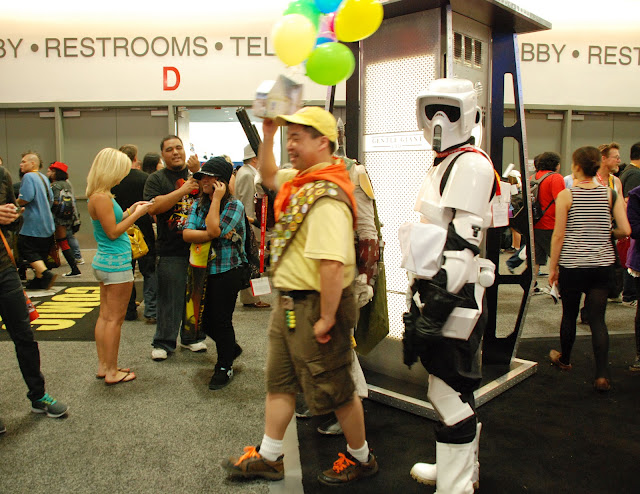 Was trying to get a photo of Russell, but sassy Stormtrooper is way better

3. We got up pretty early everyday and if we got stuck in a panel we weren't interested in, well... 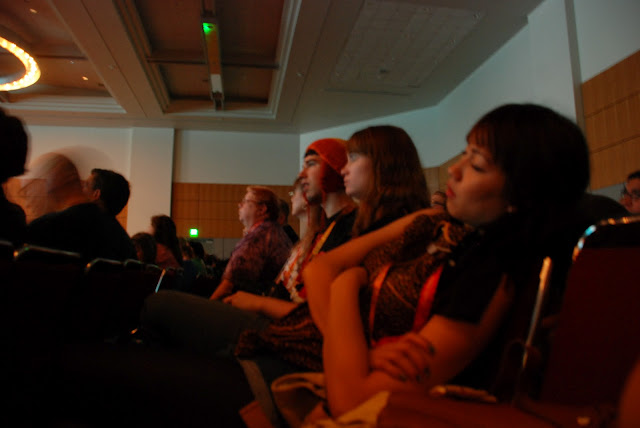 2. There was a zombie run at Petco Park and it was amazing. They had spectator viewing so we got to watch everyone run for their lives. 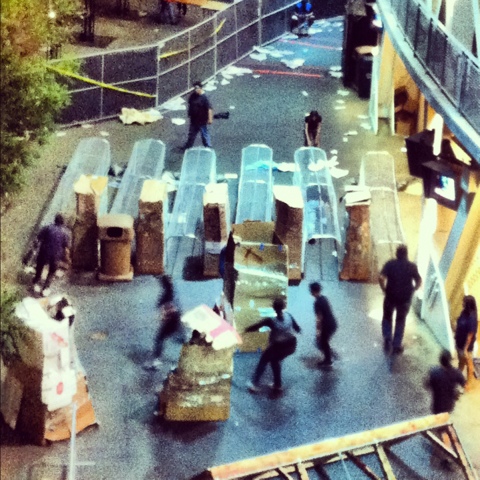 
1. The Firefly 10th anniversary panel! It got extremely emotional and I think everyone was crying at one point. My favorite part was when Joss Whedon was struggling to say an emotional thank you to the fans and got a standing ovation instead. 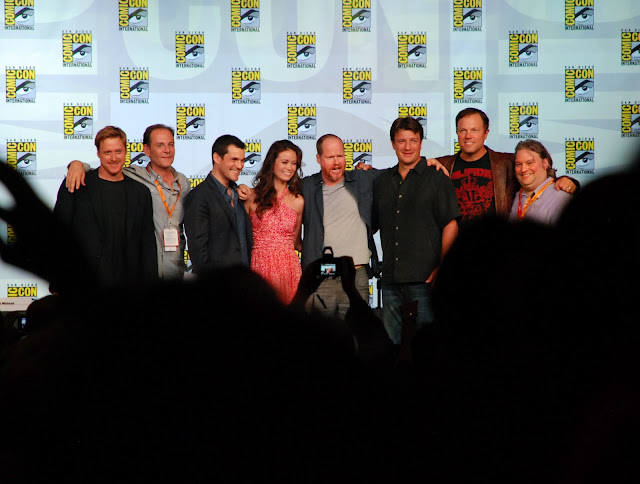 So overall, AMAZING! Our very first Comic Con and we've already started planning for next year. I definitely see more Cons in our future.

Bonus photos after the break! 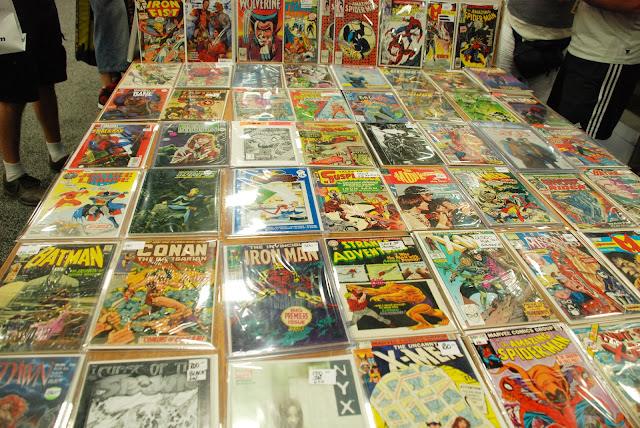 Lots and lots of comics 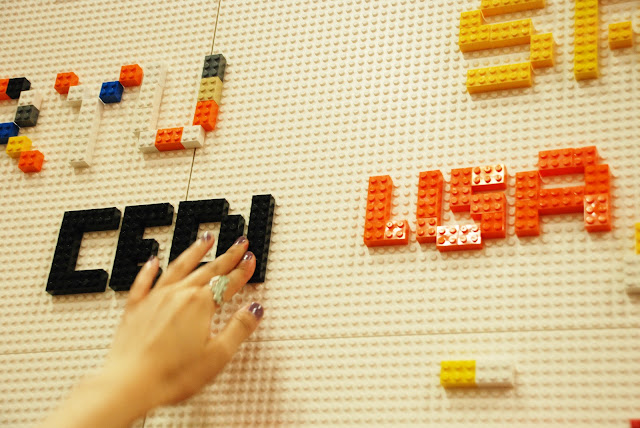 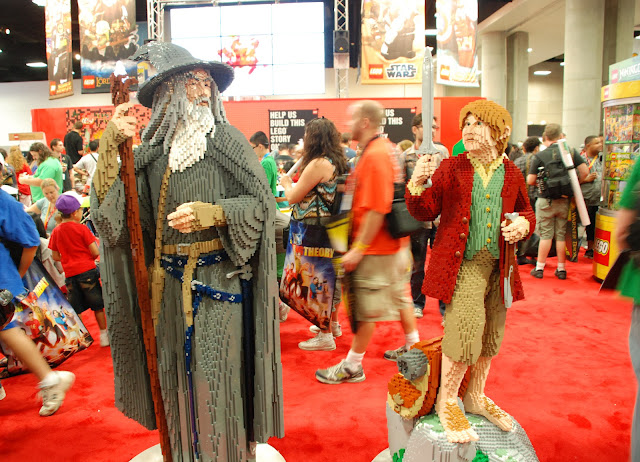 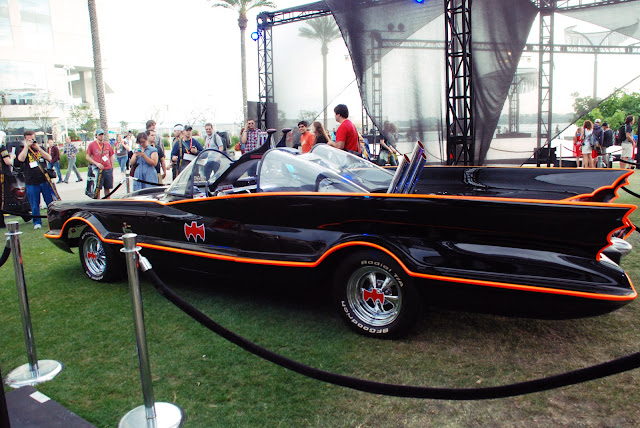 They had all the Batmobiles outside the convention center. Obviously the 1966 Batmobile was the most exciting. That movie is the best. 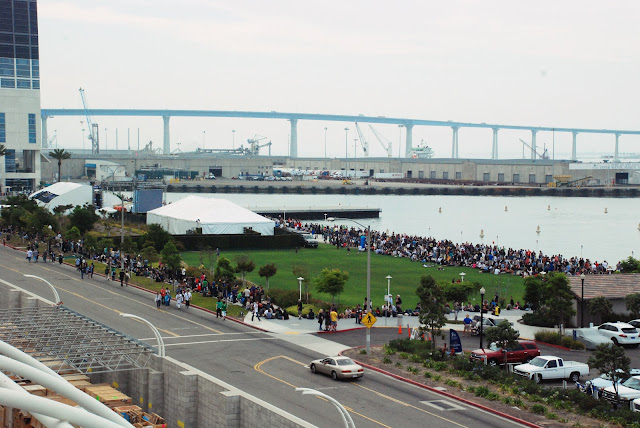 One example of the lines. This one wasn't even going into the convention center. 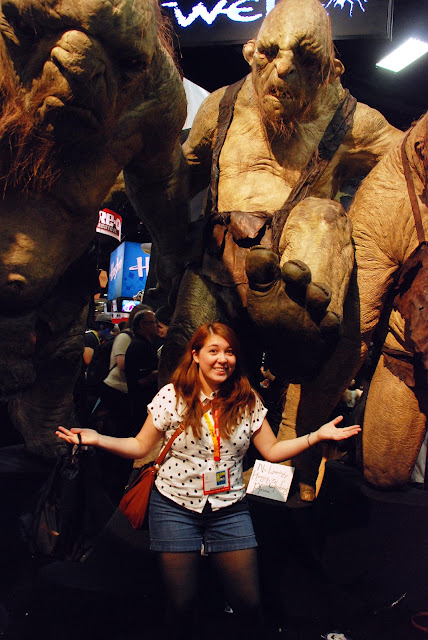 A personal highlight for me (Lisa) as a LOTR/Hobbit fan. 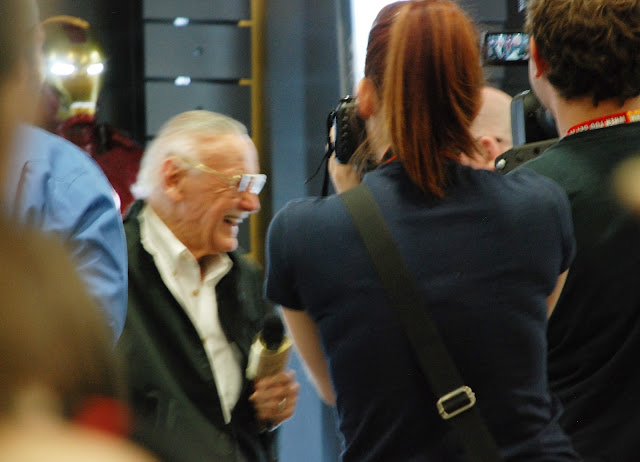 Stan Lee! You know you're at Comic Con when Stan Lee's walking around 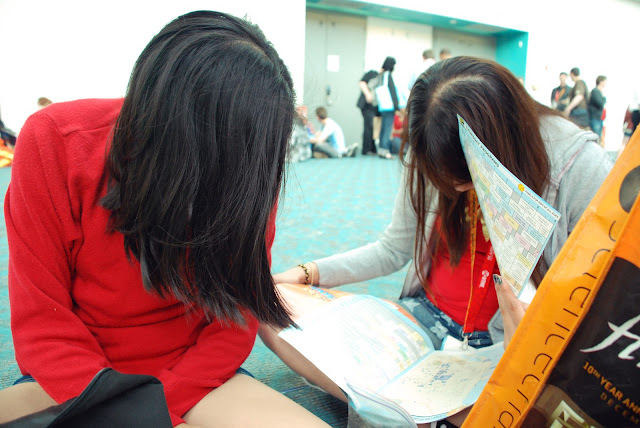 What we looked like most of the time. Double checking schedules next to giant swag bags. 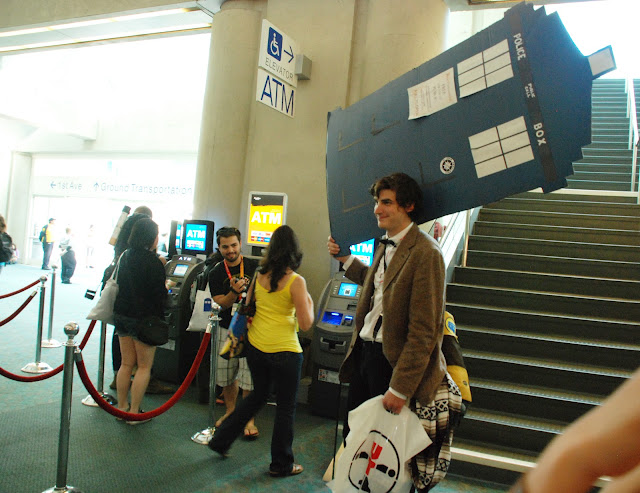 There were a lot of Doctors but I was impressed by this guy. He obviously camped out (check blanket) and carried around that TARDIS all day. I bet he slept on it.

I (Lisa) also took a few (a lot of) stalker photos of Brent Spiner (Data!), Nathan Fillion (Mal!), Nicholas Brendon (Xander!), Martin Freeman (Tim! Arthur Dent! Watson! Bilbo!), and the cast of Fringe. But I'm not posting them because I'd like you all to think of me as not a weirdo.

To sum up a long and image heavy post: WE LOVE COMIC CON!